Ryan Patrick McGarvey was born on October 30th 1986, in Albuquerque, New Mexico. At a very early age Ryan took an interest in music, in particular- the guitar. As an infant, Ryan would crawl over to his father Patrick when he would play, and listen to his dad’s playing. At age two, Ryan received his first real acoustic guitar, made by Harmony Guitar’s. Around age seven, Ryan’s interest in music intensified. 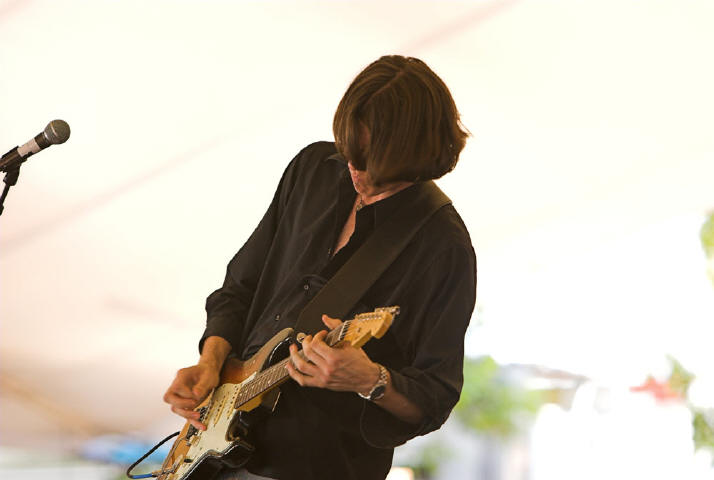 He became well acquainted with the music he had grown up listening to from his parent’s record collection of classic hard rock. Soon he was trying to recreate the sounds he heard coming from those albums by such artists as: Led Zeppelin, Jimi Hendrix, Lynyrd Skynyrd, The Allman Brothers, and Stevie Ray Vaughan. From these early influences, Ryan discovered new artists. New inspiration developed from these new artists such as: Kenny Wayne Shepherd, Chris Duarte, Ian Moore, and Joe Bonamassa. Gathering inspiration from all of these influences, helped pave the sound which would soon become Ryan’s own.

In his sophomore year in high school, Ryan’s first band won a city wide talent competition, allowing the teen to open for internationally known Latino singing sensations Sparx, and Lorenzo Antonio. The concert was held at Sandia Casino’s outdoor amphitheater to a sold out crowd, exceeding 5,000 people. Ryan won the contest the following year as well. Since then, Ryan has performed at many of the most prestigious venues, and festivals in New Mexico, and southern Colorado. Ryan was invited to perform at the Madrid “All Star Jam” Blues Festival, and “The Mid-Summer All Star Blues Jam” hosted at Albuquerque’s Club Rhythm & Blues. As well as playing with many well known blues musicians in the southwest, Ryan also had the opportunity to jam with Mississippi Delta Blues legends Kenny Brown, Cedric Burnside, as well as fellow local bluesman Alex Maryol at the Thirsty Ear Festival. Recently Ryan has even had the honor of opening for the likes of John Hammond Jr. , and Phil Brown. With Ryan’s current band, he is embarking on bigger and better opportunities, and expanding his horizons. Now at age 18, he is presently playing shows throughout the southwest backed by his band.